Editor: Please enjoy a guest post by one of this year’s Brazos Fellows, Savannah Anne Carman.

“What is water?” asked one of the two young fish in David Foster Wallace’s commencement speech in 2005. “The point of the fish story is merely that the most obvious, important realities are often the ones that are hardest to see and talk about.” In other words, the assumptions we imbibe from our context are often one of the greatest obstacles to clear thinking. This is the trouble Wallace’s fish runs (swims) into. How do we see what we swim in? How do we recognize our assumptions? A few weeks ago, the Brazos Fellows had a visiting instructor, Bruce Hindmarsh (professor at Regent College in Vancouver, BC) to discuss early Christian culture. Dr. Hindmarsh suggested that one way we expose our assumptions is to study the past. When we look at the Victorians, for example, we realize that they were hush-hush about sex but quick to discuss death, while our culture is the opposite. This is not to suggest that the Victorian era is an exemplar for all times, nor that sex is always and only an inappropriate topic. On the contrary, this is only to demonstrate that sometimes our sense (or lack thereof) of propriety keeps us from discussing important topics, especially death.

Death was the theme of our conversation with Dr. Hindmarsh. In our readings and his elucidation of our text from Robert Wilken’s The Spirit of Early Christian Thought, we were reminded of the literal close proximity of death to early Christians. In addition to facing periodic persecution, early Christians made it their practice to meet together in catacombs. This was not just a default, as if they had no other places to meet. Rather, they gathered in the catacombs for two reasons. One, early Christians held strong convictions about the dignity of the body, to the degree that they rejected the conventional practice of cremation and instead practiced inhumation, burying the entire body. They would bury individuals outside the city and underground in material that, as Dr. Hindmarsh described it, was much like honeycomb, malleable at first but quick to solidify after exposure to the right conditions. This durability made for a reliable burial site and gathering place. 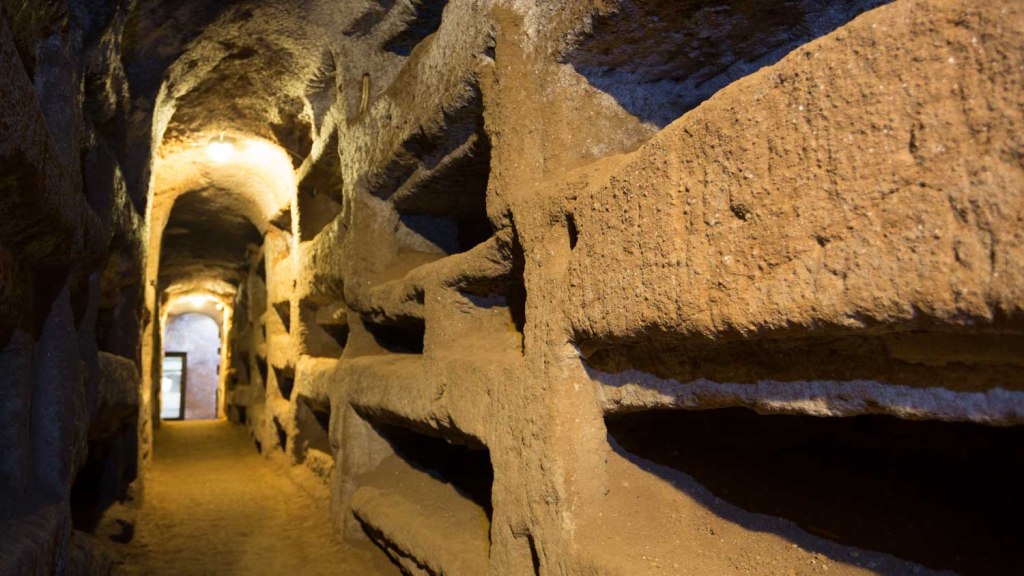 And for the first several centuries, all were buried in the same fashion—the system was egalitarian, rich and poor alike. As martyrs were added to the church calendar—approximately 46 to 150 feast days for the martyrs added over the last half of the 4th century—distinctions were given to their burial sites. These distinctions might include anything from an arch over their location in the catacombs to a table with an alter for visitors to partake in the Eucharist on the date of their deaths.

The second reason for the practice of gathering in the catacombs grew from the early Christian conviction that that the body of believers was a present reality. As such, they engaged in corporal worship—as the living and among the dead. This is why the early Christians worshipped together among the catacombs. They were not obsessed with death; rather, they were sober about it and respectful of the body. Their hope for the resurrection was alive and well.

Early Christian involvement with the dead led to their reputation as a burial society. 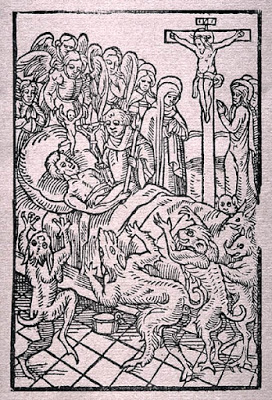 During times of disease and plagues, while pagans fled the city, Christians entered it, rushing to aid and comfort the sick and dying. Christian attention to death and dying grew over the centuries, as deathbed traditions codified to include partaking of the sacraments including the Eucharist, baptism, and confession. Toward the end of our class, Dr. Hindmarsh highlighted how it was common in Medieval art to depict a community’s attentiveness to an individual’s deathbed. These woodcuts would often show priests, family, and friends all gathered around, along with the spiritual realm of angels and demons waging war over an individual’s salvation. Dr. Hindmarsh invited us to compare this to modern deathbeds—cold, sterile, alone, mechanized—this is the context in which many die today.

In his book The Vanishing American Adult, Senator Ben Sasse reminds us to “Discover the body” and how “teens need to appreciate the joys of birth and growth and the tragedy of pain and decline.” (You can see an interview with Senators Sasse and Peter Robinson here.) Not only are we increasingly less involved with death and those who are dying, we are also segregated by age. This convention, remarks Senator Sasse, is “really weird historically.” Age segregation is a convenient way to forget the frailty of life, which Sasse is pushing against. Not only should we reconsider engaging with those who are not our age, particularly the elderly, we should also be involved at the point of death. Senator Sasse approvingly quotes Puritan minister Cotton Mather to: “Go into Burrying-Place, children; you will there see graves as short as your selves. Yea, you may be at play one hour; dead, dead the next.” Indeed, we need to be mindful of our finitude. This mindfulness was captured by the title of works the church developed in the middle ages, ars moriendi, the art of dying well. We are dust, and to dust we shall return. But not without hope. We await the resurrection of the body, when, as Dame Julian of Norwich says, “all shall be well, and all shall be well, and all manner of things shall be well.” 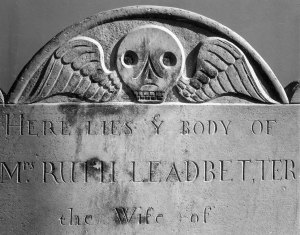